Can I share this graphic?
Yes. Visualizations are free to share and post in their original form across the web—even for publishers. Please link back to this page and attribute Visual Capitalist.

When do I need a license?
Licenses are required for some commercial uses, translations, or layout modifications. You can even whitelabel our visualizations. Explore your options.

For a time, life in the social media universe was mostly uneventful. Consider these spicy (at the time) headlines:
In hindsight, the years leading up to 2016 were downright sleepy in comparison with what would follow. Donald Trump’s meteoric, tweet-powered rise to the presidency. The Cambridge Analytica scandal. Congressional hearings on privacy and bias. TikTok at the center of souring U.S.–China relations. Each new day brought a fresh wave of controversy the shores of once infallible social media platforms.
Today, the honeymoon phase is long over and the messiness of running a global social platform is now on full display. Nowhere is this more evident than Twitter during the current Elon Musk transitional period—but more details on that later.
For now, let’s explore the social media universe in 2022.
In 2022, the social universe is looking more crowded than in previous years.
The scale of Meta’s platforms still dominate thanks to their global reach, but there are a number of smaller networks fighting for market share. Here’s a look at popular platforms, organized from largest to smallest active userbase: Meanwhile, here are the top 10 social media and messaging platforms by publicly-available monthly active users:
YouTube is the only true competition for Meta’s scale and reach. Alphabet’s video content hub with social features boasts more than two billion monthly active users. YouTube’s embrace of the creator economy is nudging the platform further into pure social media territory with the introduction of “handles”.
As seen in the visualization above, China has its own ecosystem of large social and messaging platforms—the largest of these being WeChat.
The only platform in the top 20 that is not based in either the U.S. or China is the privacy-focused messaging app, Telegram. The Dubai-based company has a unique backstory. It was created after the founders of Russian social network VK left the country after resisting government pressure to release data on the social network’s users in Ukraine.
Today, there are also a number of smaller, special interest platforms. OnlyFans, for example, is focused on adult content creators. Parler and Truth Social appeal to users who want fewer constraints on the content they post and consume. BeReal aims to create more authentic moments by prompting users to post a photo at a random time each day.
Below, we dig into a few of these platforms into more depth. Having a figurehead CEO is a double-edged sword. When things are going well, the market rallies around the successful leader. Case in point, Mark Zuckerberg was named Time’s Person of the Year in 2010. Even as recently as 2016, Glassdoor named the Facebook founder the “most admired tech CEO”.
On the flip side, when the tide turns, it turns fast. After a series of controversies, Zuckerberg took a multi-billion-dollar gamble by renaming his entire company Meta and pivoting its focus to the burgeoning idea of a metaverse. Meta’s New Horizons platform is rumored to have plateaued at about 200,000 active users, which is underwhelming for a company that still reaches a sizable slice of humanity with its other services.
Part of Meta’s near-term success hinges on VR headsets being a hot gift this holiday season. Meta’s cheapest headset is $400, which could be a tough sell in today’s economic environment.

Of course, it’s too early to know whether Zuckerberg’s gamble will pay off. As always, all is forgiven once a business unit takes off and becomes profitable. Twitter has a complicated history.
The company was launched in the shadow of Facebook’s massive growth, and was saddled with expectations that were tough to meet. Although Twitter has an engaged and influential audience, it hasn’t managed to monetize them at the level of Meta’s platforms (for better or worse). The introduction of Twitter Blue in 2021 did not resonate with users at the scale the company hoped, and “fleets” were essentially written off as a failed experiment.
In addition, Twitter is a magnet for criticism and debate around free speech, in part because of its central place in political discourse.
These issues are directly related to the company’s recent sale to Elon Musk. At the time of this article, Twitter finds itself in the midst of a painful, and very public, internal restructuring.
If reports of an exodus of talent and advertising dollars are to be believed, then the future of one of world’s most influential social media platforms could be at risk.

Social media has always been dominated by Facebook and its related apps. When a new challenger came along, Facebook either acquired it (Instagram, WhatsApp), or “acquired” their features (Snapchat). TikTok is the first challenger to keep its momentum and growth, even as Instagram rolled out very similar features.
TikTok is also a rare case of a Chinese tech product crossing over into Western markets. The ascendancy of TikTok was not without controversy though. Suspicion over Chinese access to user data continues to be an issue both in the U.S., and in other large markets around the world. TikTok has been banned in India since 2020.
Despite these headwinds, TikTok remains wildly popular. The short-form video platform was the number one downloaded app on the planet, and it remains a favorite of the all-important Gen Z demographic. 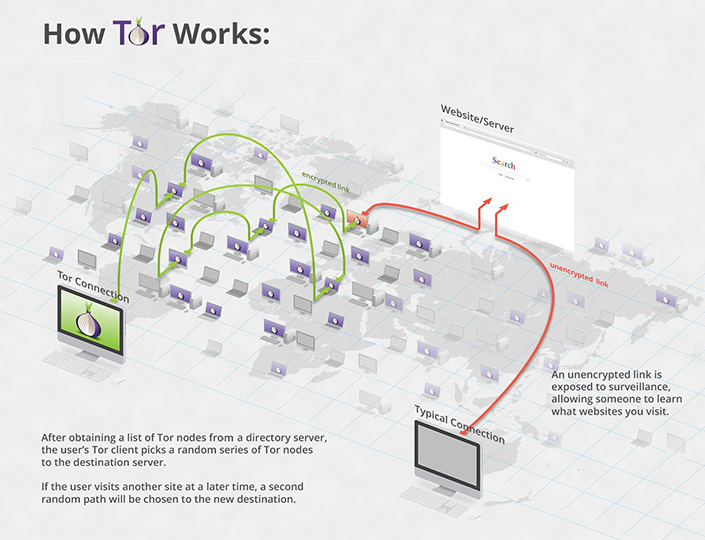 The Dark Web can be a breeding ground for illegal activity, where people can buy things like contract killings, drugs, malware, and other people’s personal information.
How much is your personal information worth on the Dark Web? This graphic uses data from the 2022 Dark Web Product Price Index to find that out and more.
This annual report by privacyaffairs.com provides insights into some of the most popular products that are for sale on the Dark Web, such as credit card data, forged documents, and hacked info, and lists the average price of each product.
While this list is far from exhaustive and not the only measure of Dark Web prices, the report gives us a glimpse into hidden online territory that’s extremely unfamiliar to many of us.
One of the most expensive items included in the dataset is premium malware, which costs about $5,500 per 1,000 installs. While the cost for premium malware is hefty, there are still billions of malware attacks occurring every year causing huge monetary damage.
On the other end of the spectrum are Paypal account details, Netflix logins, or stolen credit card details (complete with a CVV) all available for less than $20.
As the line between the digital and physical realm becomes increasingly blurry, it’s more important than ever to make sure you’re protecting yourself and your personal information from identity theft.
According to Privacy Affairs, there are several proactive measures you can take to decrease your chances of getting hacked. This includes using a VPN whenever you access public Wi-Fi, using different passwords for different online accounts, and investing in anti-malware software to combat unwanted visitors.
The Top 100 Most Valuable Brands in 2022
Ranked: Gen Z’s Favorite Brands, Compared with Older Generations
All the Metals We Mined in 2021: Visualized
Visualized: Who Americans Spend Their Time With
The Shrinking Trillion Dollar Market Cap Club
Visualized: The Biggest Donors of the 2022 U.S. Midterm Elections
Visualizing the Evolution of Vision and the Eye
Visualized: FTX’s Leaked Balance Sheet
Copyright © 2022 Visual Capitalist

HIIT Down Dog to Strava: Best Android apps to help you stay fit – The Indian Express

‘It’s discrimination’: millions of Britons frozen out in the digital age – The Guardian